We sort of fell into a record label by accident.

Moet, and to some degree myself, were getting frustrated by the amount of time it was taking to get the third Kill Pretty album released, a process which would eventually end up in me resigning as the bands’ manager, and eventually Moet leaving several months later. But that’s another story for another time.

Moet was frustrated, he wanted to release lots of material, he was brimming with lyrical ideas, and wanted a market place for new and older material. We started the discussion in the car when driving over to a Kill Pretty gig in Liverpool.  Over several subsequent chats I explained that it was relatively easy to set up a label via Bandcamp. I had set up a series of releases for Salford City Radio several years back, and also released a series of albums under my Passage of Time side project with relative ease. The only issue was that it was digital only. The idea was taking shape though.

I had got a new piece of software for Ableton and recorded a couple of new tracks and Moet had come up with some marvellous lyrics, we didn’t want to spend money in a recording studio so we asked Steve and Laura from Monkeys In Love if they could help. One Friday Night in January we met in their rehearsal rooms in Stockport and recorded the two tracks that would eventually be our first release. Chatting afterwards by the cars in the dark Stockport night, I said what do you want to call the label? Moet said German Shepherd. We agreed we would think about CDs and Vinyl after we had got established. The bottom line was that we were going to be not for profit, there would be no contracts or lawyers, and it would be about the artists and the music.

19th February saw the first release of “Smack-Head Band/Humble Bee” with Steve and Laura on backing vocals. KP2 was born (a clear reference to Moet’s desire to get music out) and a new project from me, Space Museum. We had no pre-formed plans other than to try and get things out on a weekly/fortnightly basis. 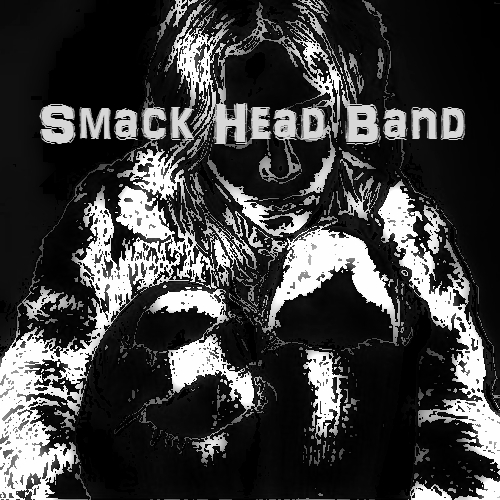 It took a little longer than anticipated and it wasn’t until March 3rd that a new Passage of Time album saw the light of day. I had taken the view that I wasn’t in this to make money for myself so this was our first free download. Mike Leigh had handed me 20 or so copies of the original Twisted Hand singles for sale at Kill Pretty gigs so I got his OK to market them via the new label. This proved popular and was our first and only, to date, vinyl release. We got those out into the world the week after the Passage of Time album, and they have proved popular, although as you will see later our level of popularity is not what you would expect.

One of the original intentions of the label was to release an extensive back catalogue of Moet oriented material, this included the first set of recordings by the band Sicknurse (his group before Kill Pretty). We released this next but subsequently we have had to withdraw it from sale.

Our friend Tony Thornborough (Salford City Radio DJ and Local Promoter) had facilitated a meeting with Bury based musician Loop-Aznavour and Moet. This resulted in a remarkable single called Justin Beiber (Must Die)/When The River Rises. Loop’s unique style, including the use of a Theremin, perfectly matched Moet’s style and content. We were beginning to gain some momentum.

24th March saw the beginning of a partnership with Dusty Moonan, and his West Coast Sick Line project which we continue to be extremely excited about. Dusty had done a couple of support slots with local bands and after many years of internet friendship I had finally got to meet him personally. He had already been hawking around the first WCSL album “I Hope You All Have Nightmares, except Kirsty” with varying degrees of success, but Moet and I felt we needed to take him under our wing (or should it be paw?) and give him a market place. He has produced continually exciting and improving product with us since then

The end of March saw the release of an early 90s project with Moet, Eddie Fenn and John Gill, a collection of marvellous songs under the guise of The Stepbrothers. “Switched at Birth” was the great lost album of it’s era and we were very pleased to finally get it out into the world. This was swiftly followed by a collaboration between Moet and his brother, an album length selection of the original Twisted Hand master tapes, the re-release of the exceptional Prick Jaggers album “The Golden Ass” and an EP from ex-Creeper Modal Roberts.

Ten releases in three months was a bit fast from a standing start, but the material kept flowing in and more releases came to fruition. Moet recorded tracks with local polymath Johann Kloos, and we also released a compilation of Johann’s tracks derived from his own extensive back catalogue on Bandcamp. We re-released the second West Coast Sick Line album, with a new cover, a stunning debut EP from Rose Niland, a politically pungent tune from the Moss Brothers around the time of the elections, and a massive retrospective of Moet’s first band The Hamsters.

I had been various bits of marketing work for the Emmaus Charity in Salford and was painfully aware of their lack of funds. I suggested we might do a charity compilation of various local artists, and people from our label. I called in a few favours and we managed to assemble a 34 track charity album which has been our biggest success to date. It was released on July 1st. The rest of the month saw re-releases from Babakin (one of Dusty’s old bands), and The Get, plus an exceptional new collaboration between Moet and Johann called Strange Angel/Oasis. I managed to compile various older tracks in a new Passage of Time release which finished the July run.

August kicked off with a stunning third album from West Coast Sick Line called “The Road To Billinge Hill”, still one of my favourite releases from our label, and the eventual album of the year on my podcasts. The pace was still pretty relentless and Moet was supercharged with ideas and new partnerships. We released a four track EP with Scratching No Gravy and Moet worked with old pal Dave Thompson on an exceptional selection called “Taken To See The Tiger”.

We began to get serious radio play from local legends Stephen Doyle, Tony Thornborough, Steve Nicholson, Monty, the Middles, Fiona Ledgard and Ian Rothwell. Airplay was achieved further afield from a range of DJs and stations but our biggest out of town supporter is Dave Hammond at Cambridge 105 with his wonderful Smelly Flowerpot show, which has led to an interesting development for the label (see part 2 of this tale for the detail).

September saw a second ep from Modal Roberts, the opportunity to re-release Aidan Cross’s Bacillus album, and experimental ambient music with Phil Mill. A conversation with John Montague and Jeff Black at a Salford Music Festival event at Wangies in Eccles led to agreement to release an album from Positronik and for us to be the label for Monty’s new project The Junta.

We moved swiftly to get the Positronik album out and followed it with first EP with us from the amazing Staggs, a new collaboration between KP2 and Loop-Aznavour, and a selection from legendary punk poet Andy T. We also put on two nights of concerts from German Shepherd artists and friends at The Crescent in Salford.

November saw a step in the electronica direction with first solo album from Space Museum quickly followed by the debut from The Junta. An EP from West Coast Sick Line which picked up unreleased tracks from the Billinge Hill recordings concluded the month.

Around this time I had got into a lengthy correspondence with Andy Quayle aka Moff Skellington about releasing his work. After a bout of ill health he had built up a backlog of four releases which we agreed to host. I was aware he had an existing relationship with Invisible Girl records for four of his earlier albums, however we agreed we would start to retrospectively release his other material and do this over a number of months. December kicked off with a brand new Moff album called “Marine Sugars (locally glimpsed)”.

After a lot of thought Moet decided it was time to discontinue with the KP2 project at the end of 2014.  We agreed a compilation of the best of the tracks released in the year and a limited run of CDr’s. We also agreed to attempt wider marketing through Tunecore to Amazon and I-Tunes, a relatively expensive business given the margins we operate under.

The first year ended in festive style with a marvellous Christmassy EP from the mighty Staggs. We had not sold much, a lot had been streamed via Bandcamp and we had made a lot of new friends……

Part 2 of this overview will be out in a couple of weeks looking at our 2015 releases to date , our future plans and  the run up to our 100th release, which will be a compilation of new and old tracks from artists on the label.

As journalist Ged Babey said in a recent review:

“Practically once a week German Shepherd release a bizarre, haphazard, mutant disco, agit-prop un-pop bit of Salford electro weirdness. Its probably the most prolific label in the country – and OK the quality might range from the sublime to the ridiculous, but its never dull!”