As they approach the fifth year of their existence we sat down with Ian Moss and Bob Osborne of German Shepherd Records to discuss progress so far, the business of running a small record label in a world dominated by streaming and obsessed with vinyl, and their plans for the future……

After four years of doing this what have you learned from the experience…..

Ian: I’ve learned that there are a lot of very talented artists with little or no opportunity to earn a living from that talent and that they deserve a platform to be heard and deserve great respect for their refusal to be silent

Bob: To keep on top of things you need to be at it 24/7. There is so much competition out there, even just in Manchester, that you are always fighting for limited time in peoples listening or watching space. Also to ignore the nay-sayers who said we were wasting our time at the outset.

You have remained mostly digital, with very limited sales of CDs and Vinyl, why is this?

Ian: Sheer practicality , to release as much as we do in physical formats would cost far more money than we have.

Bob: As Ian says, practically speaking it’s the only way we can remain not for profit. The upfront costs of producing CD and Vinyl and then finding a place to store it means we would soon be losing cash. We know we have a limited/niche audience and our sales are always going to be within a range that makes producing physical product costly. Personally I think vinyl has been the biggest con the record business has foisted on the public in years, I much prefer CDs as my main source of music although more and more I am listening digitally via I Pod or direct from the laptop. Someone will invent something in a few years which will replace all this any way.

How easy has it been to get people listening to what you do?

Ian: It isn’t easy to get people to listen to music that hasn’t been hyped and sold as the new thing by outlets with a vested interest , therefore we owe a debt of gratitude to the people who are not taken in and seduced but have based their judgements on the evidence of their ears and  who have supported the label and our releases

Bob : The first two years were tough, we were still learning the ropes, and still trying to find a distribution deal that worked for us. We went through two companies before settling on our current partner Ditto. Social media has been a huge help, and we have slowly built up a contact list of DJs, Bloggers, and Journalists, with a hard core of around 30 people who regularly feature what we do and understand what we are about. Last year we saw a slow and steady rise in interest and a broadening of the fan base. The hardest nut to crack has been national radio, and specifically the BBC. We just don’t have the resources to pay a promo company to hammer on the door of the Beeb. Which is ironic really given that Media City and 6 Music is not far from here. I’m not sure however that the eclectic nature of our releases is just too much of a stretch for “Aunties” taste. Our biggest support has come from Community and Local Radio with people like Dave Hammond (Cambridge 105) Brad Cain (Nevis FM/Radio Kaos) Stephen Doyle, Ian Rothwell and John Montague (Salford City Radio) Garry Lee (Starship Overflow) and Graeme Walker (Container Drivers) and many others giving us lots of support. We also have had support from writers like Mike Middles, Emily Oldfield and Ged Babey.

You have occasionally run gig promotions for the label – how has that gone?

Ian: The live performances we have promoted have tended to be artistic triumphs though attendances are erratic, I find the pressure of promoting painful because I can’t bear the guilt I feel if attendance is low and consequently their is only a meagre amount of money that doesn’t even cover expenses for the performers , it leaves me very reluctant to promote events

Bob: Despite his comments the Manchester Meltdown residency Ian has just curated has been successful with decent crowds for a Wednesday night in dire weather , well I enjoyed it anyway, and it was great to see the local music community supporting us. Dom and Nick at the Peer Hat have been excellent and their venue is a model place for small bands and labels. Before that gigs were either a few towering successes or mostly abject failures in terms of attendance. The main problem is a lack of small venues in the city centre, and the whole “pay to play” culture which still exists. Also it is a source of constant puzzlement to me that people will pay between £10 and £20 to see a covers/tribute band but won’t shell out £3 to see an act doing original material. The other key issue in Manchester is that there is just so much going on and people are spoiled for choice. We made the mistake of double booking two gigs involving our acts last year which split the crowd. Ironically one of the best nights we had was at the Salford Music Festival in 2016 where it was free entry – that says it all really, people are used to getting music for free or next to nothing these days. I’ve personally stopped doing gigs more or less completely, but I will make an exceptions for when our Australian friends like  Dave Graney & Clare Moore and Harry Howard come over for a tour. We have Australian Charlie Marshall coming over in September for a gig and we have helped him with gigs in other places. Stephen Doyle is our go to guy for gig promotion these days. Favourite Venues are The Peer Hat, The Eagle and Fred’s Ale House.

What is different about German Shepherd compared to other labels?

Ian: We are what we are as other labels are what they are , I know that we are honest and ethical and am proud of that , others are too of course, but not all of them

Bob : We are not for profit, anything we don’t make for the artists goes to charity. The main reason for setting the label up was to find a way for people who traditional record labels wouldn’t countenance to help them get their music out there. We aren’t doing that much different from what an individual who self-releases would do but by doing it collectively we can cut down on overheads and fees. Also we don’t “sign” people, there are no legal contracts etc which makes life easier. We agree with artists from the outset either side can walk away with a months notice. So if you see a press report that says such and such has “signed” to German Shepherd Records that’s nonsense.

How Many People Work for the label?

Ian : There are two of us though my role is largely ambassadorial, Bob works tirelessly putting in many hard hours ensuring our releases reach people’s ears , writing press releases and keeping the website up to date and lines of communication open, so in terms of work Bob carries the load , the label couldn’t function without him.

Bob :  We have also had much appreciated help from Vicky Egan and Stephen Doyle as well which has helped,  but as he says the core of the business is Ian and myself. We have also worked with Dave Hammond on two charity albums for Cambridge musicians.  And we have to thank, amongst others,  Ciaran Humphries, Michael T. Scott, Bryn Thornburn and Stewart Harris for their excellent artwork and designs for the label.

Ian : Probably the act we released with the most potential to cross over into the mainstream was Alana Bondi whose music and presence were magical , tragically she passed away , I’d love it if her music were to find an audience belatedly,

Bob: We released an album with Stuart Estell under the Lachenalia brand early days which was absolutely superb, however because we were still on a steep learning curve, and a combination of ill health and other distractions we weren’t able to get it the attention it deserved. Stuart decided to leave us which was understandable. I think I learned a lot from that experience and it helped shape our future direction but I still regret not being able to do more for him.

Ian : There’s always something new , something exciting , something to look forward to , that’s the beauty of being in it for the music rather than it being a shop selling product to consumers

Bob : Our two front runners in terms of sales/streams are Drink & Drive and Issac Navaro.  Both totally different but equally successful but it’s all relative given the price per play returns from the likes of Spotify. However success for me is the joy of sharing the work of the works of the bands and artists we work with. Mind you we could do with a few more of the 655 people who follow us on Facebook buying a few things every now and again! If they did that we might be able to do a bit more.

What can we look forward to in the future?

Bob : A new partnership between Ian and Simon “Ding” Archer, a new West Coast Sick Line album, the debut album from The Mind Sweepers,  three new EPs from Moff Skellington, an EP from Drink and Drive, and a new single and a greatest hits from the mighty Staggs!! We will be releasing something every week more or less so there is a lot come including Ian doing some excellent new tunes with his brother, Neil, and also working with me on our “The Parasite” project. 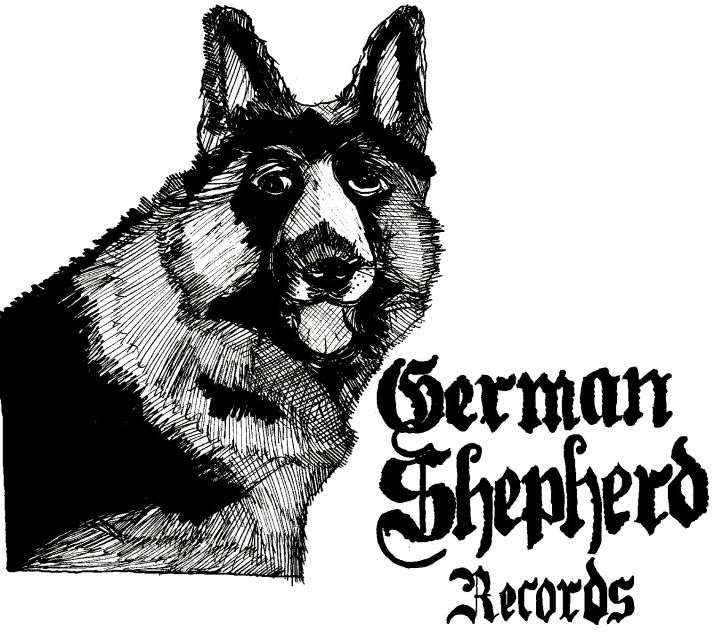