Hello and welcome to the latest newsletter from German Shepherd Records.

– The Scissors Look Good In Cheap Clothes
– PrunX return with Sci-Fi teaser
– It’s A Dog’s Life : a new compilation for charity
– Releases for the rest of 2018 and looking forward to 2019
– Forthcoming gigs featuring German Shepherd Artists

Cambridge’s highly regarded band The Scissors return with a brand new album replete with their signature swirling keyboard-fuelled psych-pop,horrorshow freakbeat guitars and new wave post-punk basslines. Titled “Look Good In Cheap Clothes” the 7th December release shows a real development from it’s popular predecessor “Haunted Mirror”. With a dazzling mix of garage punk, otherworldly pop, and some new explorations  the band demonstrate a significant shift in their sound whilst retaining the core of their alternative take on music.

An interview with bassist and singer Stewart Harris, which includes a sneak promo preview of the albums contents can be found here:

You can find more on the band on Facebook at: @thescissorsuk

The bands’ next gig is on Thursday 6th December at The Corner House, Cambridge with a stellar line up including Ember Rev and Goddamit Jeremiah. 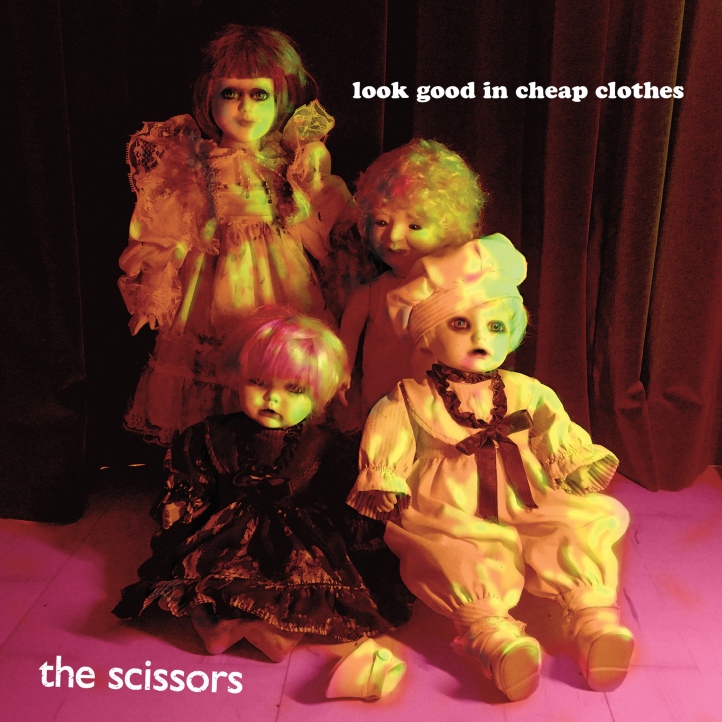 Berlin based rockers PrunX never hesitate to point out the destructive effects of capitalism,  and on this new release they are using their unique sound as a “gateway to a peaceful solar system”. Celebrating this manifesto they release their third EP with our label on December 7th. Entitled “Contact” the three track collection presents a view from deep space – “favouring your ears with observations of Terra – most haunted planet in our galaxy”.

First Contact? – is a prelude for an upcoming concept album. The band say “It’s a far out story brought down to earth, when it happens, watch out for Sparks!”
Deadly Toys reflects a sarcastic spiteful calling out of arms-dealers.
There’s No Time is an ironic celebration of the negative impact of excess

Never afraid to rock out the band merge the best of the rich history of German music with a punk ethos. Label boss Ian Moss says “Imagine the Poison Girls in a heady brew with Amon Duul II with a hint of blues swagger”.

Since the label’s beginning in 2014 we have regularly released compilations for Charity – including the Cambridge Calling series. To close the year we will release a new compilation called “It’s A Dog’s Life” featuring 17 tracks from our roster. The release will include brand new tracks from The Parasite, Umbrella Assassins, The Get, Issac Navaro, The Mind Sweepers, KIT B, Mistletoe, Auster Boys, The Screaming Love Collective, Positronik, m.t. scott and Sleeping Ducks. There will also be different versions and remixes of already released tracks from Bouquet of Dead Crows, The Scissors, Inferior Complex, The Junta, Lizard Brain and Sam Smith. A special deluxe edition for Bandcamp only will include additional tracks from The Get and one or two other surprises for our subscribers. The album will be released on 21st December and all proceeds will be directed towards Mary’s Meals charity to assist in famine relief. The album and also a selection of other German Shepherd releases will be featured on a special edition of Bob’s Aural Delights Radio Show on Analogue Trash radio on 20th December.at 10pm

THE REST OF THE YEAR AND LOOKING FORWARD

After a busy year with over 70 releases and the launch of our subscription service we are ending on a high with three other new releases, a single from STAGGS, an EP from The Parasite, and a single from Inferior Complex. We will be taking a couple of weeks off at the start of 2019 but will be back in mid January firstly with a brand new album from Issac Navaro, and this will be followed by a single from Sam Smith, a new album from Lizard Brain and the debut single from hot new Manchester band Weimar.

Watch this space for details.