The Parish Church Fire are an Alternative Rock band from Manchester, UK fronted by Sam Smith. As loud as they are soft, the band have carved a unique dynamic with elements of heavy metal, trip hop, punk, jazz and blues. Comparable to Afghan Whigs, Radiohead & Pearl Jam. They have a new single out on May 10th called “Hunger” followed by two high profile gigs at Strummercamp and The Eagle, Salford in May and June. 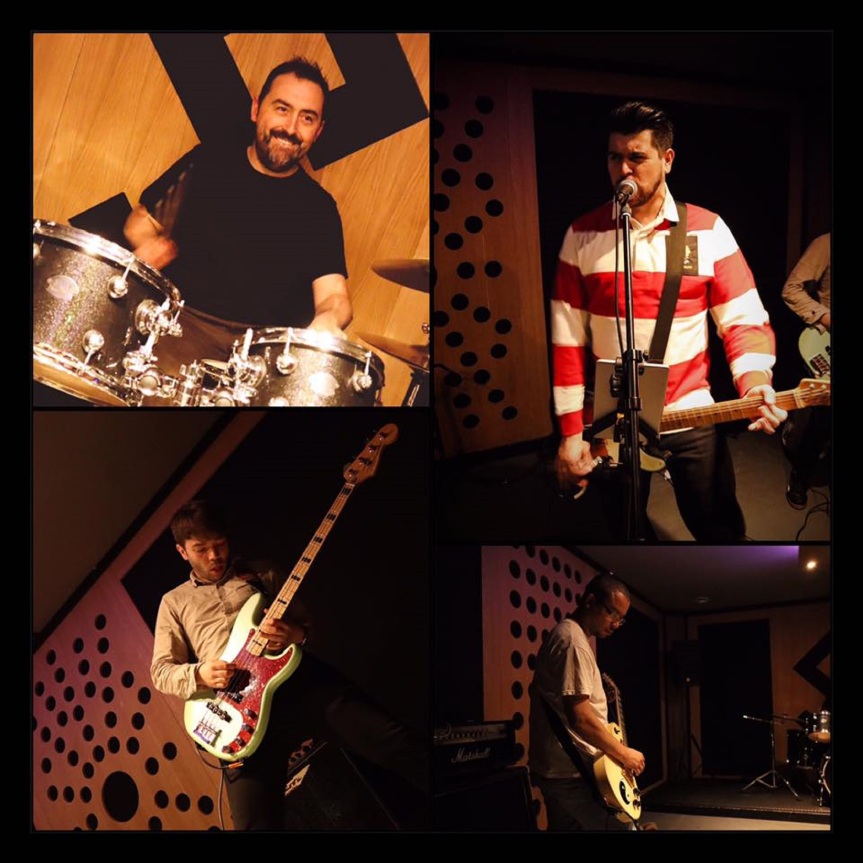 Hi Sam, can you give us a brief history of The Parish Church Fire?

I put together the band in July 2014 after the disbanding my previous outfit ‘Sam Smith & Company’. Although The Parish Church Fire has solely been a studio project for the last 5 years an original live band was assembled upon formation but were only together for just 21 days. The line-up was myself, Chris Gilman & Rick Jarvis (and also Dave Wooley, Jack Farnworth and Peter Toner briefly). In that time Chris, Rick and I rehearsed relentlessly almost every day to get the wealth of material I had written up to standard for a busy gig schedule which had been booked for autumn of 2014. We had even managed to complete a studio session, recording 5 songs. Unfortunately, shortly after the sessions, the band split very abruptly due to the sudden departure of Rick Jarvis and my own ongoing health problems.

In 2015, I signed to German Shepherd Records and adopted the moniker ‘Franco Bandini’ as a result of increasing discomfort using my birth name due to the global rise of Universal Music Group artist Sam Smith. I released a solo EP as Bandini, entitled  ‘2014 Was a Bad Year’ and supported Australian rock legend Dave Graney at The Eagle Inn, Salford. I also did a radio session with Stephen Doyle at Salford City Radio and that was also released by German Shepherd. The ‘The Parish Church Fire EP’ which contained 3 of the 5 songs recorded with the original Parish Church Fire line up was self released at around the same time.

You pursued your vision of the Parish Church Fire band though?

The idea of assembling a band of musicians to represent the vision of The Parish Church Fire and also the desire to perform the songs written specifically for that band never went away. Whilst continuing to work as Franco Bandini, I met drummer Joe Roberts when we both rehearsed with a metal band which sadly never quite got off the ground. We stayed in touch after that band disbanded and we would occasionally meet to discuss the downfall of Manchester United, brewing methods and music production whilst sometimes exchanging demos via email. In 2016, we released the first Parish Church Fire single ‘Locamente’ on German Shepherd Records which was largely well received and we discussed putting together a live band, however as a result of personal circumstances for both of us getting in the way, this would not happen for another 2 and a half years.

Things picked up a little in 2017 though?

Yes! I returned to using my birth name in early 2017, releasing two singles and a live album along the way whilst performing live as a solo artist across the UK with just a guitar and piano. However I always felt that the Parish Church Fire band would come together as a live entity when the time was right. I was booked to appear at Strummercamp Festival in 2019 on the strength of my solo material and the time seemed right to assemble a band.  I contacted former Sam Smith & Company bassist John Bardsley, who is currently one of the key forces behind The Ombudsmen, and asked him if he would be interested in joining the band in its early stages of rebirth. Joe contacted friend and former Confucius Saint guitarist Timothy Hughes to see if he was interested and an initial rehearsal was soon set up.

So where are we up to now?

From the get go, due to various difficulties each of the four of us was dealing with in our personal lives, the rehearsals took place on the provision that they would always remain light hearted, humour would be at the forefront, and ,that a large amount of beer would be drank during each session!  Building on this foundation, a bond was carved between the four of us and despite the alcohol, professionalism ensued and a set of new material I had written was soon ready to perform, leading to a second gig being added for summer 2019 at The Eagle Inn in Salford.

On Initial listening to the new release we found a newly reborn Sam Smith, an artist with the potential we always knew was there, bursting through  With this new band drawing on the strengths of each individual member whilst always respecting the composition of Sam’s songs, there is a unique dynamic sound, emerging through this rebirth, which can be as heavy as it can be soft.  We took the view that there was a perfect marriage of the rock and punk ethos, exciting!