We are pleased to announce a promotion partnership with Australian duo sycloner.

sycloner is a collaboration between Peter Greasley (Vocals) and Daniel Cunnington (Guitar) and is based in Brisbane-Gold Coast (Australia). Originally meeting as members of the band Dream Circle (BMG), Daniel and Peter reconnected in early 2018 to create the indie-pop sound of sycloner. Daniel writes music and plays guitar from a diverse music base, including classical concerts and recordings. Peter writes, sings, bass, and keyboards.

First coming to the labels attention through Bob’s Aural Delights radio show we agreed to work with Peter and Daniel to promote their already released pair of EPs with the idea of releasing a third EP in due course. We were impressed by the quality of their songs and their classy sound.

A third EP is on the way. 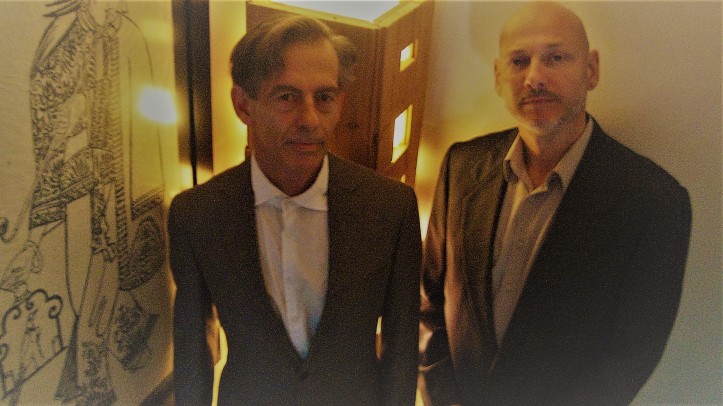 We are pleased to announce the album launch date for Bury’s finest exponents of Urban-Surf-Punk-Rock.

Adventures of Salvador play The Castle Hotel, Oldham Street, Manchester on 28th June following the release of the album on the 21st. Full details which can be found on Facebook included options of buying a ticket direct from Ticketweb and to purchase a ticket plus digital version of the album bundle direct from our merch page on Bandcamp.

In addition the two support bands on the night are also on the German Shepherd records roster – Chorley’s Electric Cheese and all the way from Haverhill in Suffolk the “Shed Punk” trio Umbrella Assassins.

The new Adventures of Salvador album is called “Welcome To Our Village” and will be  released on June 21st, it includes the critically lauded single “Retroman” .

We are pleased to announce that three of our bands will be at this years Strummercamp – to be held at Oldham Rugby Club on the weekend of 24th – 26th May. Four Candles will part of the opening night celebrations and The Parish Church Fire and Adventures of Salvador will also be playing over the weekend. Our good pal and DJ supreme Stephen Doyle will be getting the crowds moving with his excellent DJ sets. With a host of excellent acts over a packed weekend the 13th edition of this popular festival is not to be missed.

The exciting new partnership between Ian Moss and Simon “Ding” Archer made their debut at The Castle Hotel, Manchester last week and following that we are pleased to announce the forthcoming release of four EPs from the duo – combining the infectious and compelling industrial electronica of Archer with Moss’s punk rock growl and always fascinating lyrics, this series of releases promises to be one of the highlights of the summer. We’ll keep you posted on progress and pending that here’s a capture of last weeks show by the ever reliable Paul Forshaw.

And finally here is a list of all the forthcoming gigs featuring our artists…..