Bury, Lancashire’s finest proponents of Urban Surf Punk Rock, Adventures of Salvador, are back with their second full length “Welcome To Our Village” which releases on June 21st in digital, cassette, CD and Vinyl formats.

German Shepherd will be hosting the digital release via Bandcamp and world wide distribution via AWAL to over 40 platforms including Spotify, Apple, Amazon, I Tunes, You Tube, Instagram and many more.

The band will launch the album on June 28th at the Castle Hotel, Oldham Street, Manchester with special guests, and fellow German Shepherd artists Electric Cheese and Umbrella Assassins. Ticket presales are already available via the German Shepherd Merch page. The ticket package includes full digital download and a CD copy of the album collectable at the gig. 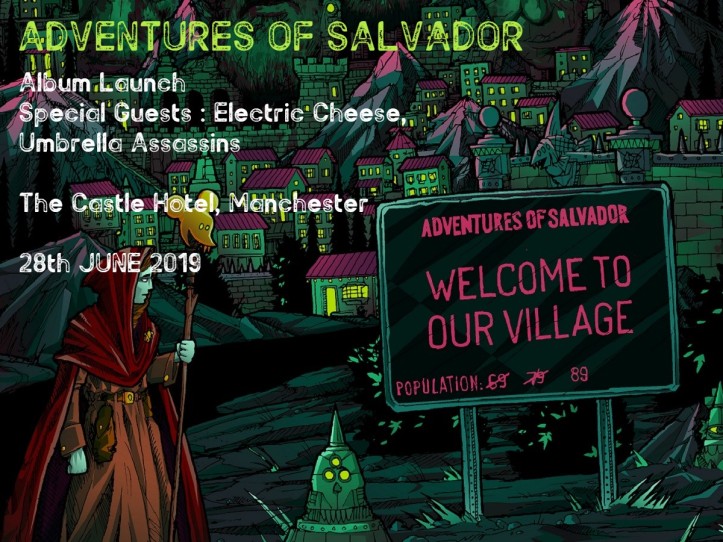 With eight strong tracks the new album shows the band at their very best with gig favourites “King Kong”, “Uncle Walt” and “Prettier Than You” leaping out the speakers to grab you by the ears with Northern Punkabilly venom. The album centre piece and closer is the memorable “Welcome To My Village”, a song with echoes of Royston Vaysey and The Wicker Man, it is the tale of a hedonistic village elder who has his own population drive in full effect. Highly regarded single “Retroman” is also part of the set.

Adventures of Salvador are the bastard offspring of The Cramps, Jeffrey Lee Pierce and Johnny Rotten with a theremin. Their live sets are legendary with a post punk fervour emasculating prog rock elements to create a truly unique sound. With lyrics that echo Grand Guignol and Brecht with a smattering of early Nick Cave they are the must see band of the moment.

Produced and recorded at Big City Jacks Recording Studio in Bury, Greater Manchester by Tony Long the band have hit a new creative peak with their intense and hypnotic sounds. This is enhanced with stunning artwork from Jack Jerz. 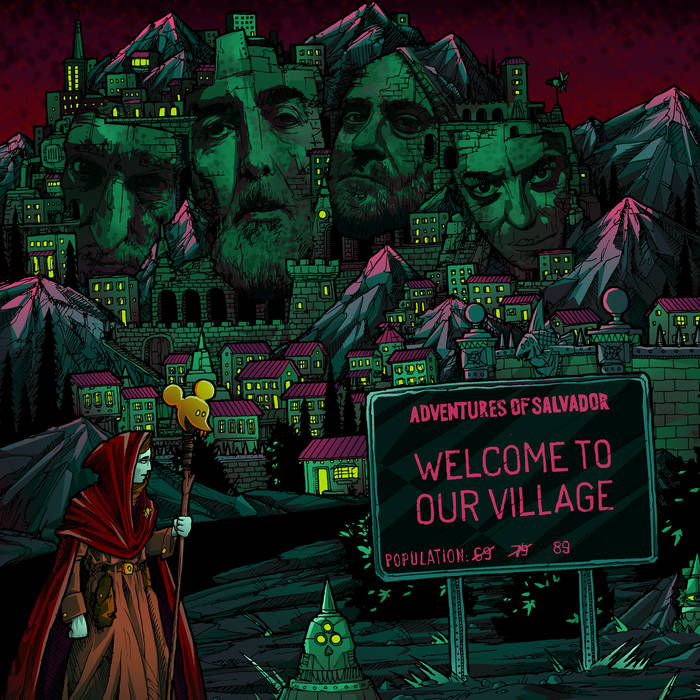 Adventures of Salvador are

COMMENTS ABOUT THE BAND

“Are you sure this isn’t some long-lost collaboration when Mark E Smith jammed with the Cramps and the B-52’s??? It sounds ace – Grim Up North Sea Surf Punk!” ​ Ged Babey, Louder Than War

“Think of the B-movie, rumbling sexploitation sass of the legendary Cramps in a no holds barred street fight with the blunt yet beloved snark of The Fall or PIL and you get a hint of what’s going on here. Loud, brash and unapologetic….” Mark Buckley, Analogue Trash.