Weimar follow up their critically acclaimed debut single “John Doe/Curse the Songs”  with a new double A-side single, “Marvel to the State/Undesirable Master”, released on Friday 22nd November. Both the new songs feature the guest vocals of Rose Niland, singer with Rose & the Diamond Hand as well as Poppycock.

As well as being released digitally on German Shepherd Records, you can pre-order a CD version from the bands  website.

Both songs are accompanied by promo videos directed by Nikos Pavlou. Stunning cover art is from Brian Gorman.

Stylistically, both new songs are significantly different from Weimar’s previous single. “Marvel To The State” – written as a celebration of female figures throughout history who have stood up in the face of oppressive politics – is a duet between Weimar’s frontman Aidan Cross and Rose Niland, set to a jazz-funk inspired backing. Rose co-stars in the video.

The group play The Globe, Glossop on November 30th with Adventures of Salvador. 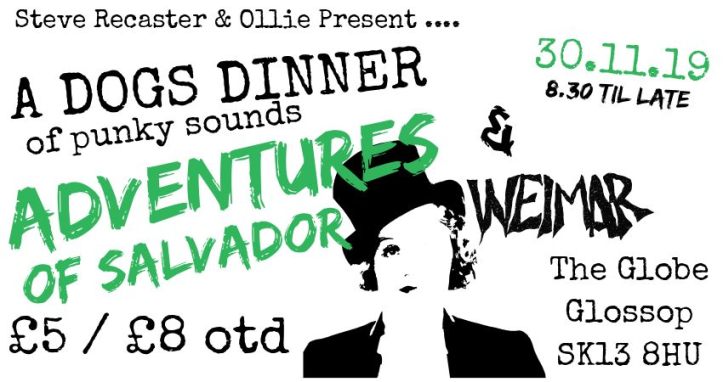