Here we are again with details of our latest release – a new album from Mark Corrin called “Washed Up” it releases on May 1st in digital format only via Bandcamp, Spotify, Apple,Google, Amazon etc 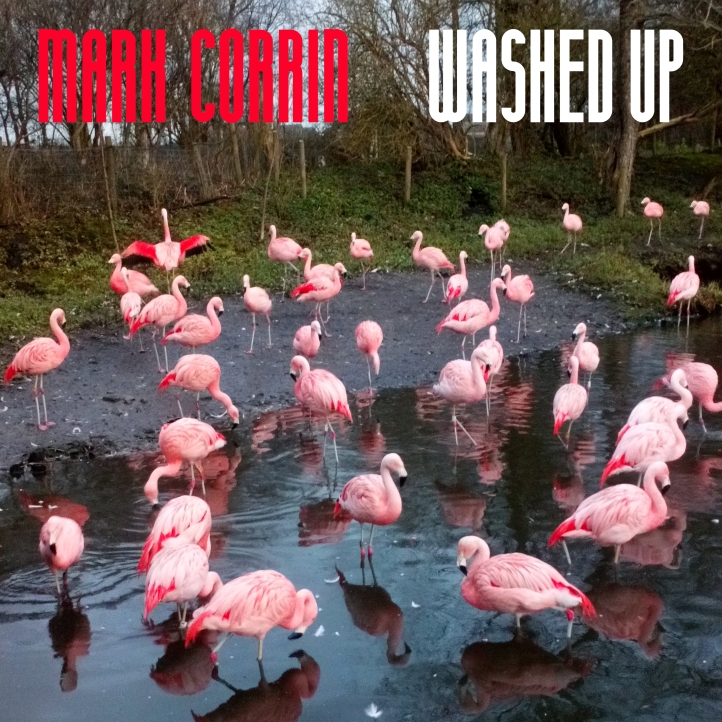 Following on from last years critically acclaimed  “Pub Bin” it is a short, catchy pop album about bad weather –  meteorological, political or social.

It was recorded, solo, in Manchester UK in February 2020, the wettest one on record, in a time of great global uncertainty. Most of the songs here are wet, stormy and anxious but also warm and silly and not without hope. Some random musical influences for this release might include poetic funk (Gil Scott-Heron & Ian Dury especially), Momus, Luke Haines, some classic 80s pop (The Cure, Pet Shop Boys, Teardrop Explodes), There is  grime, punk, psychedelia, novelty records and hip hop in the mix

Mark Corrin’s early releases as “Shirokuma” were frequently broadcast on the John Peel Show on BBC Radio 1, and his more recent solo work has featured on BBC Late Junction with Nick Luscombe. He also presents his own weekly music radio show on Salford City Radio and has collaborated and performed with several notable artists from all over the world both live and on record. He has previously also been a member of groups including Una Baines’ (The Fall) band Poppycock, Rose & The Diamond Hand and is currently working with Elastikbande and La Capsula.

Mark released his last album “Pub Bin” with us on 19th April, 2019. It is described as a dark comedy concept album set mostly in the venues, shops, offices, pubs and bins of modern Manchester.

German Shepherd records Subscribers will also get an additional album on release day called “Mission Inaction” which is a compilation of additional tracks recorded at both the Pub Bin and Washed Up sessions.