Any monies accrued from downloads or streaming of these releases will be donated to Shelter charity for the homeless.

Entitled “Yellow” and “Black” the EPs each have four tracks of Moongoose’s trademark evocative instrumental music which is  reminiscent of movie soundtracks, highly appropriate given the subjects of the releases.

The YELLOW EP is a tribute to all of the magnificent directors and composers of the Italian Giallo films from the 1970’s. Films such as SUSPIRIA, LIZARD IN A WOMANS SKIN, YOUR VICE IS A LOCKED ROOM AND ONLY I HAVE THE KEY, THE BIRD WITH THE CRYSTAL PLUMAGE, ETC. Directors such as Dario Argento, Lucio Fulci, Mario Bava, Sergio Martini, ETC Composers such as Ennio Morricone, GOBLIN, Claudio Simonetti, ETC. The Giallo films were mysteries/thrillers/horror films that usually placed an innocent in danger from a knife-wielding assailant. Full of terror and suspense, they usually had groundbreaking visuals and stunning soundtracks. 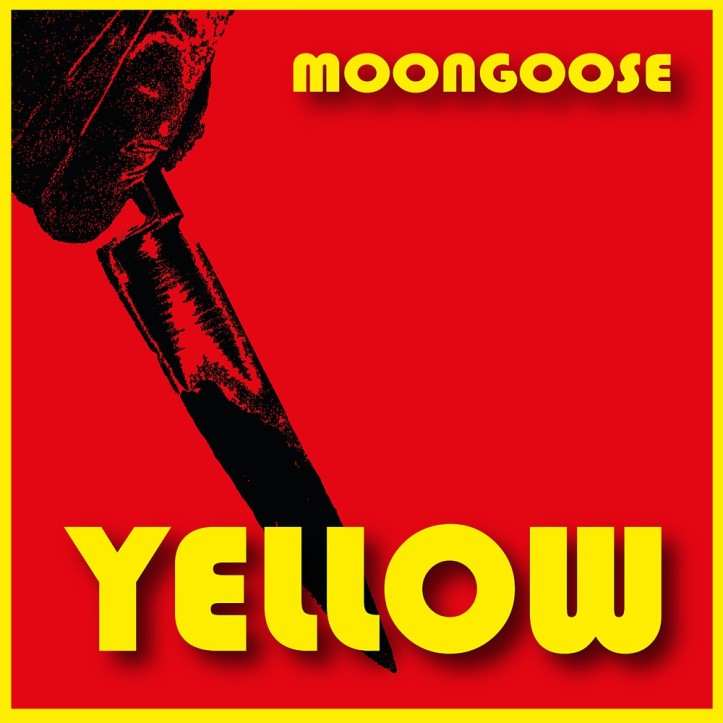 He has also produced many other bands, most notably SEVEN SEALS, IVAN CAMPO and WINDMILL. MOONGOOSE have released five singles, three ep’s and four albums to date. The main core of MOONGOOSE is:

Along their journey they have been joined by various special guests, such as:

The band has also had the great fortune of working with a number of artists, photographers and writers to bring their projects to life, including:

On their last album, ‘TOKYO GLOW’, MOONGOOSE complete their sci-fi trilogy and ruminations on the encroachment and reliance of technology on modern life, with a look at Japan and its many wonders and pitfalls. As usual, it was totally instrumental and impressionistic, and blended modern recording techniques with traditional instruments and approaches to recording.