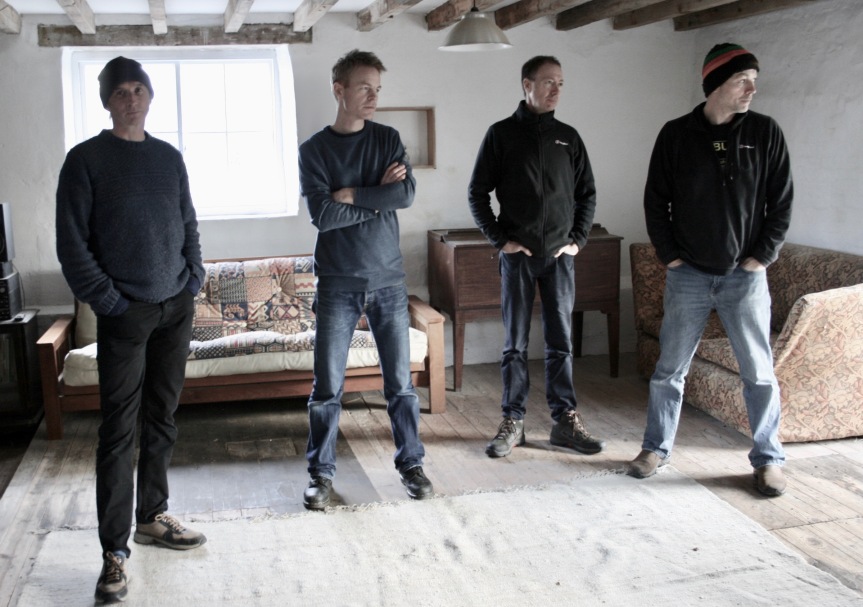 Ember Rev came together early 2016 to play the nervous & neurotic accordian-driven tunes of Cambridge singer-songwriter Dan Ecclestone. Initially ploughing a folk-rock furrow, debut album …it was all fields around here was all ukuleles and autoharps.  2018’s  critically acclaimed Premonition & Ruin shifted the sound up several gears and the complex asymmetrical rhythms heard in their current set are pushing the band in a darker direction.

The band joined German Shepherd in June 2019 for a wider distribution of Premonition and Ruin and the aim to release future material with the band.

Reworking and repurposing familiar forms that recall the percussive Africana of Talking Heads and the accordian-led romance of Arcade Fire; alternately rattling and stuttering then piledriving at breakneck speed, it’s a sound that demands you keep coming back.
‘absolutely blown away…stunning…. pure ingenious Art Rock passion, which is riddled with so much complexity it should be any self-respecting audiophile’s absolute dream’.
(A&R Factory)
‘Powerful…a disruptive, edgy opus’
(Cambridge Music Reviews)

Their third album was released on 20th September 2019