PrunX are a band from Berlin who began working with German Shepherd in 2017.

The original band project, HoloTropicTrancePunx, was formed around the turn of the century at the “psychedelic crossover song factory” they built at the tRaumstation studio at RAW­tempel in Berlin.

Their extraordinary and diverse song material centred around  Frank Oz’ compositions and the vocals of the sisters Mikado and Joushi. Even at this early stage they were prone to cross over genre boundaries and musical collaborations.

By 2007 they had a fresh line-up with Da Crap on drums and Stilgar on bass and were renamed  PrunX.

The new line  up  was introduced at a gig with Berlin based bands Alice Daisy, Mamasweed and Mosquito Control at KATO, Berlin.

In 2008 they applied for a support video spot at ‘Mediaspree versenken!‘ with the cabaret song  “Spree Waltz”, containing German lyrics, which they performed at countless concerts and solidarity events against gentrification in Berlin. By the end of the year they released the album  “Blameshifter”  with a Berlin–New York underground double release party with Lucibel Crater from Brooklyn, who stayed at RAW­tempel during their European release tour of The Family Album.

In 2009 they experienced their first set back. DaCrap became seriously ill and the band parted ways  for the time being. DaCrap left the planet in July 2010,  however his music remains unforgotten and,  to honour his memory, PrunX decided to create a tribute album and employed local drummers Zam Johnson, Lothar Jonas, Dremma, Ben and Mark Gotye. With a limited budget the album was recorded in one day. The resulting album “5 of 6” was performed live in 2011 at a launch party at Theaterkapelle, Berlin with all of the drummers performing at the gig.

The band reformed in 2014 with Quadrum on drums. They collaborated with the video platform Open Stage Berlin, creating the live video for song “Devil’s Cookbook”. During this time period they created “Earth cries” with Stefan Gorke on drums and video art by Stilgar, who as well created a video for “Jungle Rumble”. “Earth cries” was released on the double CD feature “Songs für den Frieden Vol. 02”, and the video on new years eve 2015.

Finding a permanent drummer took until the beginning of 2016 when Mr X arrived. Since then the band has done less live work and concentrated on new material and studio work collaborating with a range of musicians including N.U. Unruh of Einstürzende Neubauten.

In 2017 more studio work and video shoots for new releases as well as updating webpages and social media took priority. In May 2017 after an introduction by Cannonball Statman PrunX agreed to work with German Shepherd to release the three track EP “vol. III”.

PrunX released their second EP with German Shepherd in November 2017

Mind Trajectory received it’s live debut at Urban Spree in Berlin on November 9th 2017 and a limited edition CD featuring both German Shepherd releases to date was made available.  Videos of the tracks “Sick Of It All” and “Iron Dream” were also released and the latter was made available, with a hint of sarcasm, on German Reunification Day and screened at Boddinale Berlin in February 2018.

PrunX parted ways with bassist Stilgar at the turn of 2017 and he was replaced by Mr. Y. A concert at Backdoor Party in March yielded new material including “Dirty Gods” with more to follow in the summer of 2018. 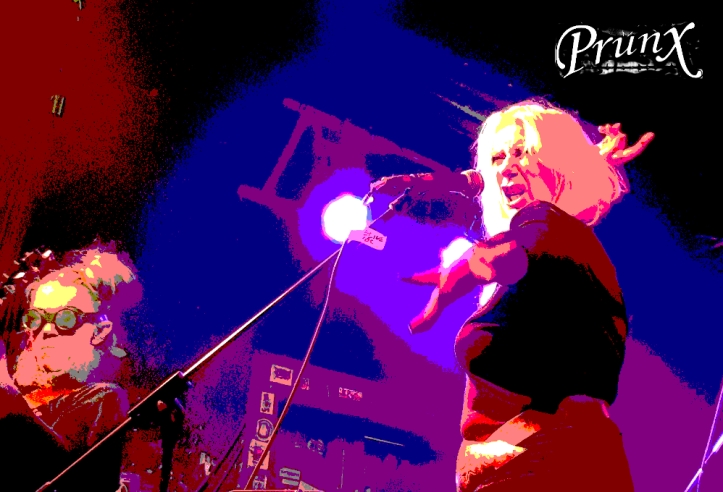 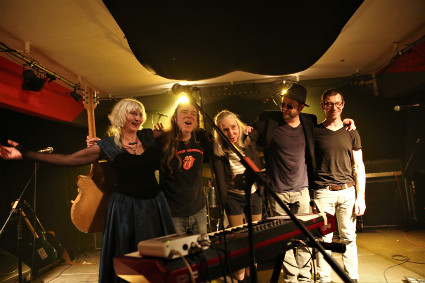