Mark Corrin is back with a new three track EP – written in a heat wave in May anticipating a warm summer which we have had!

All three tracks are in different styles, the first a bit inspired by New Order’s “Technique” era, the second by Kevin Ayers and the third has some Boards Of Canada to it.

The release is pay what you want

Our very own Mark Corrin has recently uploaded two new shows. Show One features Ian in conversation about his two books.

Show Two features, amongst other great tunes, Mark himself, The Wonders of Undo, The Parasite and The Screaming Love Collective.

The latest news from The Kennel….

Our next new  release is on July 17th and is from the highly prolific Mark Corrin who has delivered another solo album. This one is  called Fabled Shore.

Featuring a selection of songs written over a number of years Mark brings us another  exciting and eclectic mix of music. Following the recent Elastikbande EP and his other solo album “Washed Up” and the La Capsula EP it has certainly been a busy year for Mark – he has also been profiled in the Eighth Day magazine.

Cambridge band Lizard Brain are guests on Dave Hammond’s Smelly Flowerpot Show on Monday 29th June. In addition the band have prepared another podcast – their fifth – which will be released on our Mixcloud page on July 1st. Their new single “Featureless Zone” is already receiving a lot of radio airplay and is released on July 3rd

Julia from Matthew Hopkins is also a talented actress and appeared on Coronation Street last week. The band will be featured in the August edition of Eighth Day magazine and two new singles are due in the next couple of months.

We have received the new single from Black Limousine which will be released at the end of July. It is the first release with new drummer Neil Mykowski (The Ascension, The Sombre Watcher, Neural Dance).

New singles from Filed Fangs, and Inferior Complex, a new EP from sycloner, and a remix EP and album from The Junta are on the way also!

If you would like to subscribe to our label visit our Bandcamp page – for £40 a year you get everything we release plus 100s of back catalogue items, 10% off merch, and monthly subscriber exclusives.

Here we are again with details of our latest release – a new album from Mark Corrin called “Washed Up” it releases on May 1st in digital format only via Bandcamp, Spotify, Apple,Google, Amazon etc

Following on from last years critically acclaimed  “Pub Bin” it is a short, catchy pop album about bad weather –  meteorological, political or social.

It was recorded, solo, in Manchester UK in February 2020, the wettest one on record, in a time of great global uncertainty. Most of the songs here are wet, stormy and anxious but also warm and silly and not without hope. Some random musical influences for this release might include poetic funk (Gil Scott-Heron & Ian Dury especially), Momus, Luke Haines, some classic 80s pop (The Cure, Pet Shop Boys, Teardrop Explodes), There is  grime, punk, psychedelia, novelty records and hip hop in the mix

Mark Corrin’s early releases as “Shirokuma” were frequently broadcast on the John Peel Show on BBC Radio 1, and his more recent solo work has featured on BBC Late Junction with Nick Luscombe. He also presents his own weekly music radio show on Salford City Radio and has collaborated and performed with several notable artists from all over the world both live and on record. He has previously also been a member of groups including Una Baines’ (The Fall) band Poppycock, Rose & The Diamond Hand and is currently working with Elastikbande and La Capsula.

Mark released his last album “Pub Bin” with us on 19th April, 2019. It is described as a dark comedy concept album set mostly in the venues, shops, offices, pubs and bins of modern Manchester.

German Shepherd records Subscribers will also get an additional album on release day called “Mission Inaction” which is a compilation of additional tracks recorded at both the Pub Bin and Washed Up sessions. 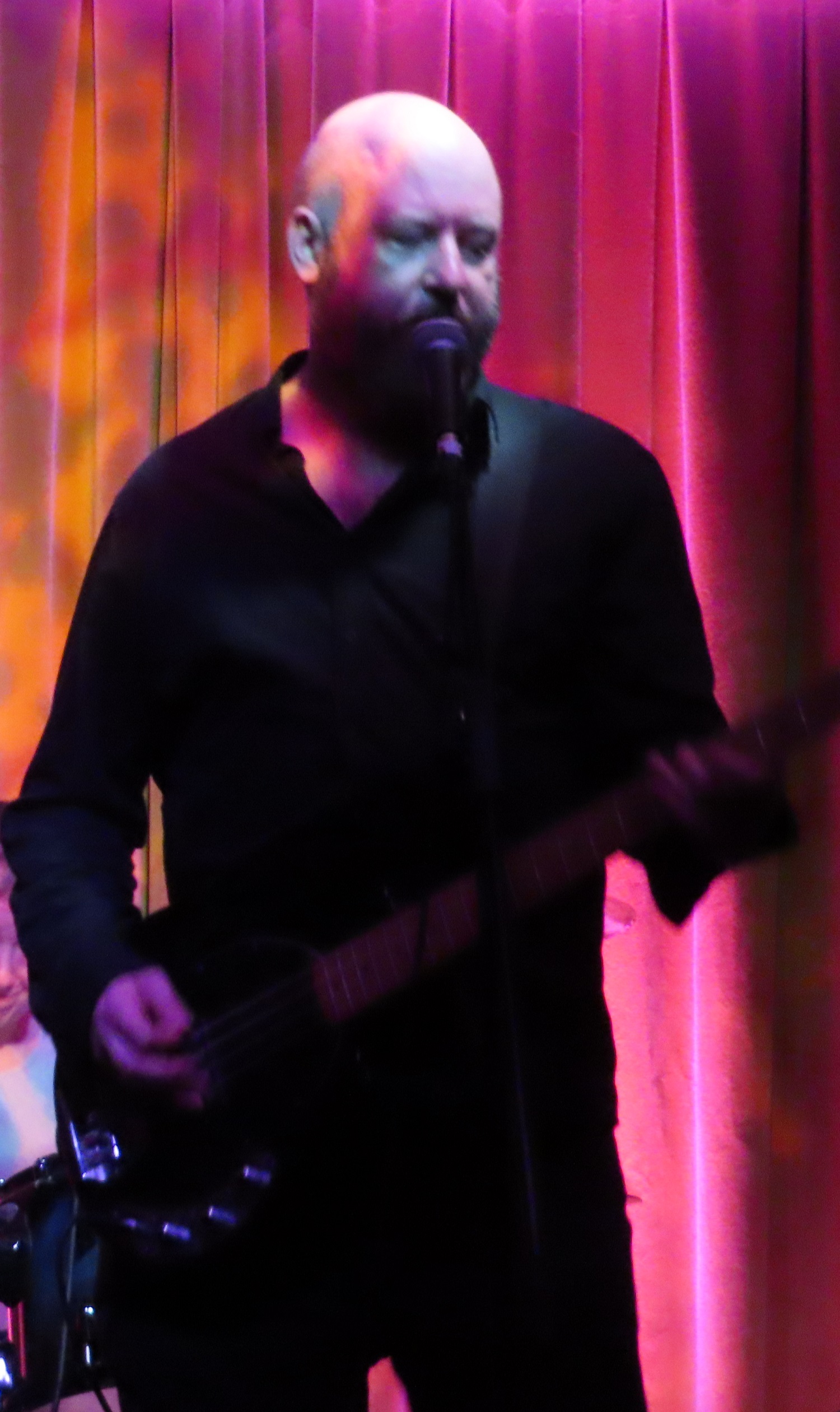 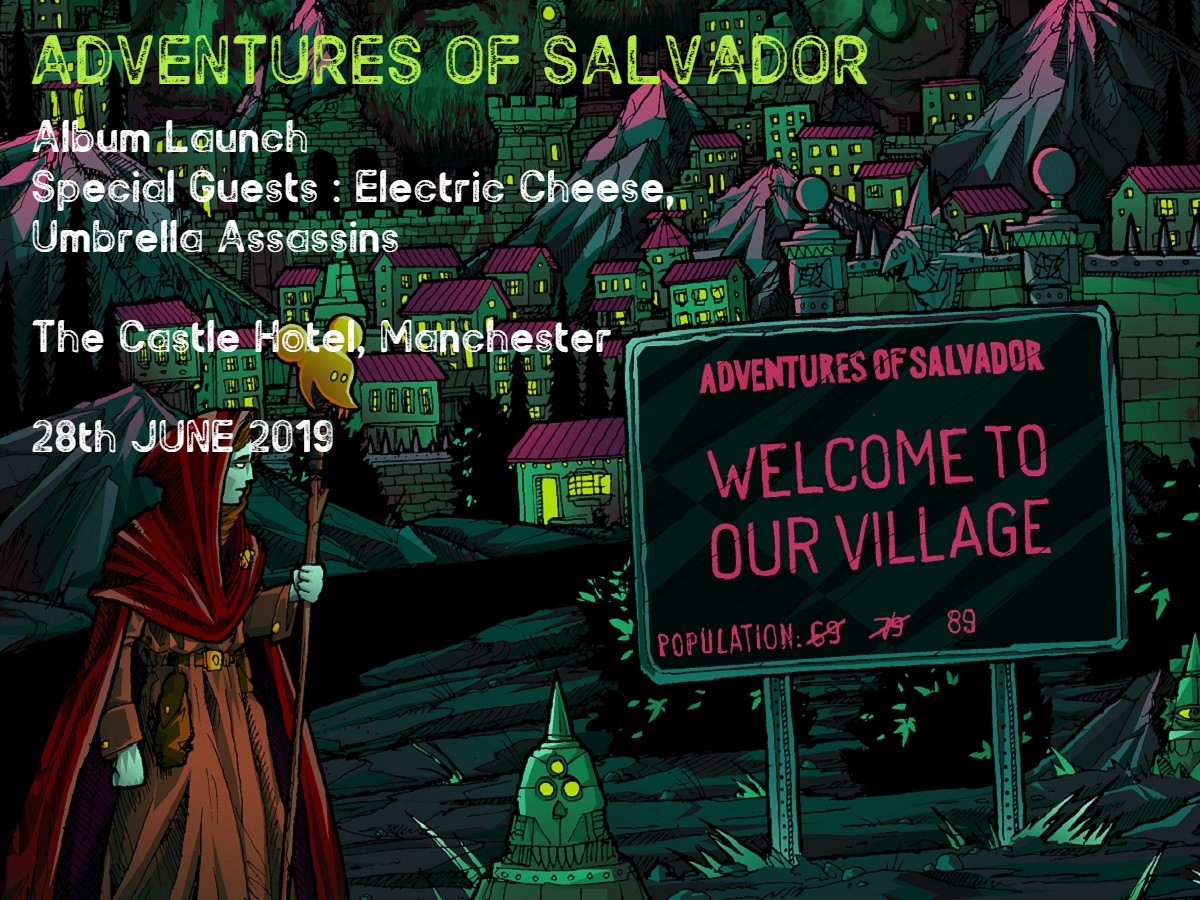 Hello and welcome to the latest news from German Shepherd Records.

19th April sees the release of a new album from Mark Corrin.

“Pub Bin” a digital only release is described as a dark comedy concept album set mostly in the venues, shops, offices, pubs and bins of modern Manchester. Blending electro pop and punk with Mark’s wry observational humour this is the album to lighten the mood of a distressed nation, and world!

You can check out Mark’s previous solo releases on two separate pages on Bandcamp as well as via Valentine Records Bandcamp page. Links are available on our artist profile page.

Mark is playing live on 26th April at The Railway, Didsbury, Manchester

Brisbane-Gold Coast duo sycloner (the S is lower case) become the first Australian artists to join German Shepherd Records. We will be distributing their first two EPs, which are currently available on Bandcamp, from May 24th with hopefully new material to follow soon. Their sophisticated indie sounds are deserving of a wider audience and we hope to spread the word about these talented musicians.

Master of Eddodi Moff Skellington has announced a major exhibition of his art at the Canwood Gallery and Sculpture Park during May. Exhibition will run from 11am to 4pm each week Tuesday to Sunday. 30 canvasses and 40 prints will be on show at the exhibition. 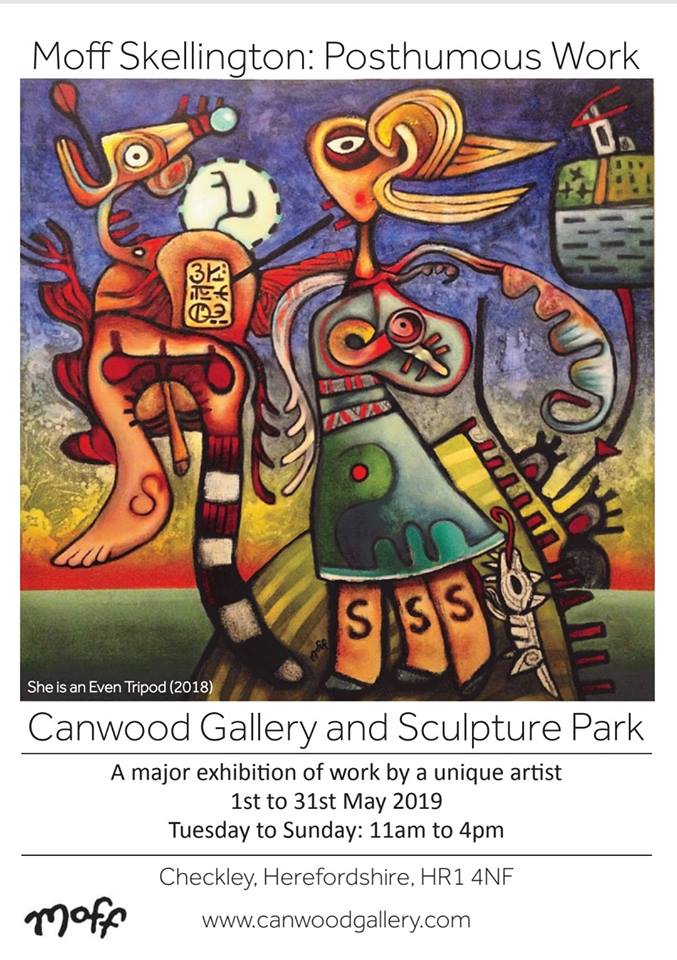 Hello and welcome to this weeks German Shepherd Records Newsletter

In the interests of neatness, we’ve decided to collect together all the Positronik material recorded since singer Nathalie Haley joined. Most of it has already appeared on Captain Black albums or individual EPs, also released on German Shepherd Records. However, this collection has been freshly remixed and remastered. So if you’ve somehow managed to miss Positronik’s classic pop stylings up till now, this is the perfect introduction.

There is one track missing – ‘New Frontier – but that will remain exclusive to the ‘It’s a Dog’s Life’ charity compilation for now.

Here is a soundcloud link to a teaser – the closing track to the album “That Old Alchemy” a stunning piece of John Barryesque writing from Carl Lingard of Pearl Divers.

We are pleased to report the return of Sam Smith  with full band “The Parish Church Fire” to the live stage. As well as appearing at this years Strummercamp (see gig list below) the band will headline a date at Salford’s Eagle Inn on Friday June 7th. With recordings underway for new material it ‘s great to see Sam back in front of a full band and we can expect a riotous rock set from Sam and his talented friends.

It is with great pleasure we announce that Mark Corrin has joined us to release his solo album “Pub Bin”.

Pub Bin is a dark comedy concept album set mostly in the venues, shops, offices, pubs and bins of modern Manchester. You’ll hear influences from The Fall, The Bonzo Dog Band, Sleaford Mods, and the impact of other German Shepherd Records artists.

The album is planned for release on 19th April….more details to follow in future weeks